When most people think about adding a timber deck, they picture one raised well off the ground, but you can also build a deck at ground level. In fact, there are several advantages that ground-level decks hold over raised decks, and here are just five.

If you have small children or expect to entertain people who do on occasion, you should really consider the safety of a ground-level deck. At best, you're going to fall a few inches if you go over the side -- hardly enough to cause an injury. Raised decks present more of a risk. Your costs will go up since railings will need to be positioned around the perimeter, but there's still a chance someone might fall. Worse yet, small children can simply go under the railing.

One of the major problems with raised decks is that they really need to go next to your house so they can be attached to the current structure. In contrast, a ground-level deck can be placed anywhere across your outside space, unless there's a steep slope to deal with. You can even use a ground-level deck to conceal rocky or uneven ground.

3. No Overlooking the Neighbours

You might think having an elevated view will be nice, and it certainly can be. Unfortunately, most houses are surrounded by streets and other homes. You might be able to see a little into your neighbour's garden from a raised deck, which probably isn't going to be appreciated, and anyone passing might be able to see you. Of course, you can always raise the fence, but that's going to cost money and cut down on the view anyway.

Ground-level decks use a box frame so that nothing can get underneath. That's not the case with raised decks. The dark corners under a raised deck will look very inviting to all manner of pests that you really don't want around your property.

5. No Issues With Planning Permission

Finally, keep in mind how many more hoops you might need to jump through if you want a raised deck. It depends on where you live, but local councils often put height restrictions on decks and require you to build certain safety features. This can interfere with your final goal and slow down the process. A ground-level deck isn't going to see you running into such problems. 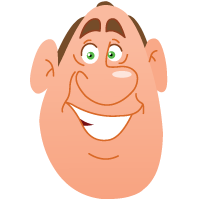 There are a lot of misconceptions about construction. If you are labouring under some of these myths, they may prevent you from getting the work you need done. This blog is going to explore several misconceptions about the construction industry, and it's going to share the truth behind those myths. In addition, there are posts designed to help you engage more effectively with professionals in this industry. When you understand a bit about the construction process and know which questions to ask, that helps to make you a savvier consumer, and that's the purpose of this blog. Ready to learn? Then, start exploring this space.

Read in about 2 Minutes